Breastfeeding vs bottle feeding (or formula feeding) is such a hot topic. 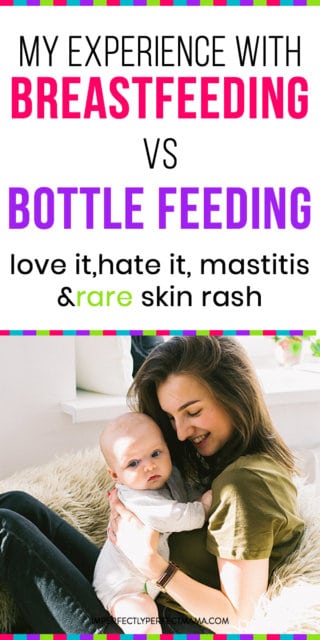 Why do you care how I feed my kid? I am not feeding your kid!

But, as a first time mom, you are bombarded with so many ways to help your newborn.

Everything from when to introduce solids to vaccinations to having a home birth or not, breastfeeding or bottle feeding can be looked at the number one judgement for moms.

For me, breastfeeding has always been what I wanted to do when my first child was born. But it wasn’t all roses and unicorns either.

My first, Kai, was breastfed, and let me tell you it was a second full-time job on top of being a mom.

I hated breastfeeding most days and tried quitting just about every hour.

I think because I felt like such a failure with needing a C-section I was determined to push through it, and my husband was encouraging me every day.

The Real Story About Nursing As a New Mom 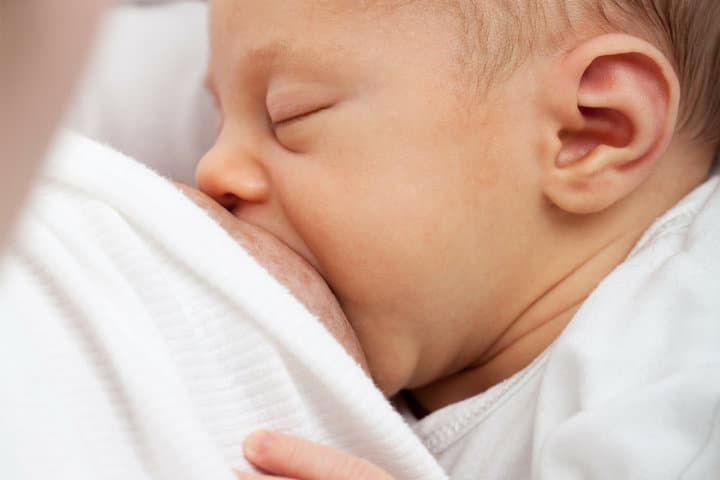 A support system is so crucial, without my husband during this time as a brand new mom I surely would have given up.

The first 2 months were brutal since my nipples hurt so bad when trying to breastfeed! Nipple Butter helped to keep my nipples from cracking, but they just hurt.

All the lactation consultants say breastfeeding shouldn’t hurt, but if you put a shop vac to your boob every 15minutes, it’s gonna hurt!

My son’s latch was perfect – he would live on my boob – but man, that was killer. I never gave him a pacifier the first month because of all the “nipple confusion” stories I read.

By the time I tried a binky he wanted no part of it! I wish I would have tried sooner!

My boobs became his pacifier and nobody could hold him more than a few minutes before he wanted the boob.

That was very stressful and overwhelming for me to deal with – knowing I had the only thing that mad him happy and I was his food supply.

The stress of nursing became unbearable at times, but I took it day by day and worked through it.

I know every trick in the book to get unclogged let me tell you, I was getting clogged weekly!

I would alternate between the tub, jumping out and massaging and pumping and I would spend hours trying to be unclogged.

The release when I got unclogged was like Niagara Falls with a Hallelujah to follow! One of the best feelings ever!

That was very frustrating because the time I should be resting I was feverishly trying to relieve my clogged ducts. My son would empty me, I would nurse often, so the whole process between my constant clogging ended up as breast tissue inflammation.

Sometimes I had to break down and take Ibuprofen to get rid of the inflammation and then TA-DA the pain and sensation of a plugged duct was gone!

Interestingly enough when I wound up with mastitis around 9 months, I wasn’t actually clogged, it was the feeling of the flu and my boobs covered in red patches that made me suspicious.

After the grueling torturous first two months, over time I grew to love nursing my little man.

I never paid attention to the people staring at me in public since I was too focused on making sure my baby was eating. There was one time though I felt mortified having to nurse.

I had just fed him before we went into dinner with my husband and his 15-year old client and his mom, and apparently my son wasn’t satisfied. I had to hurry and get covered to nurse at the table.

I’m not sure if the kid knew what I was doing or wondering what in the world I was doing but I felt so embarrassed.

How Bottle-Feeding Was a Love Hate Thing 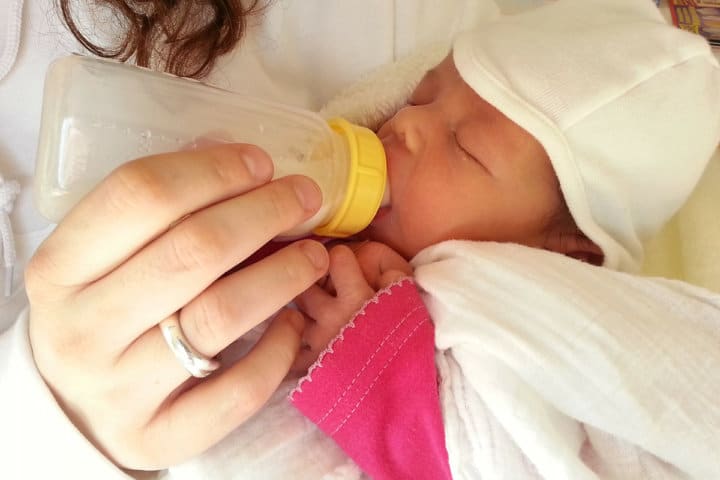 My second baby, Kash, was breastfed for about 2 weeks and received pumped milk for another 2 weeks and now he is happy on a bottle.

He had no nipple confusion and he would bounce from a bottle to the nipple to a pacifier like he was bar hopping.

I got so engorged with Kash – nothing like Kai– I tried everything to get the release because it was so painful. The engorgement was affecting his latch. I just wanted to quit.

I put on a tight sports bra and said I’m done!

I Contracted A Rare Skin Disorder

During this time, I’ve also been battling a ridiculous (and rare) rash during the end of my pregnancy and since I had delivered they could now put me on oral steroids to help give me relief.

But I was told I couldn’t nurse. I felt relived like I had an excuse to quit, but then I felt sad when they tell you you can’t do something (you want to do it).

So I talked to my OB and he said I could keep nursing – I just had to time my meds around when I pumped.

So off came the tight bra and I kept pumping! The two-day break helped with the pain and my boobs went back to normal size. Unfortunately, the steroids decreased my milk supply over time and my son was getting less breast milk. This resulted in more formula.

The rash was still out of control and the medication needed also meant I could no longer nurse.

Mentally stopping nursing was a love hate for me. I felt terrible I wasn’t giving my son “breast is best,” but I was so much happier to not have that stress.

I will say it has been a challenge to get a feeding schedule with formula because my brain is so wired for breastfeeding.

I am used to the feeding on demand, and I give my son the recommended ounce then I get nervous when he is still hungry if I am over feeding him. My pediatrician has helped me navigate my feeding schedule, and I somewhat still feed him on demand – just with formula.

My baby is thriving, gaining weight, and doing just as wonderful as my breastfed baby.

I’ve learned a lot the second time around and as long as my babies are happy and healthy how they get fed doesn’t matter. My husband had to repeat that to me a few times to help me feel better with the guilt I was feeling.

I’m not so hard on myself this time around and I try to go with the flow.

Do What’s Best for Your Baby

We as mothers are under enough stress trying to make sure we are doing things right we shouldn’t be judged by our choices.

We all love our babies and think what we are doing is best for them, that’s all that matters. So to all the mamas out there with their boobies out feeding their babies, keep doing you!!

And to all the mommies out there giving babies bottles, keep doing you!! 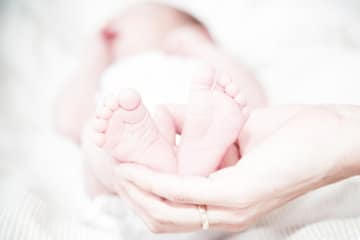 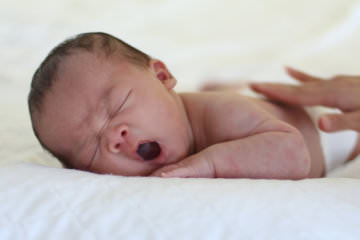 How To Listen to Your Baby's Cues 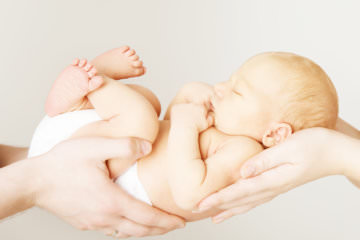 Not Sleeping? – 5 Simple Tips to Help your Newborn Sleep Longer