They say that the good lord and this life will never give you more than you can handle. 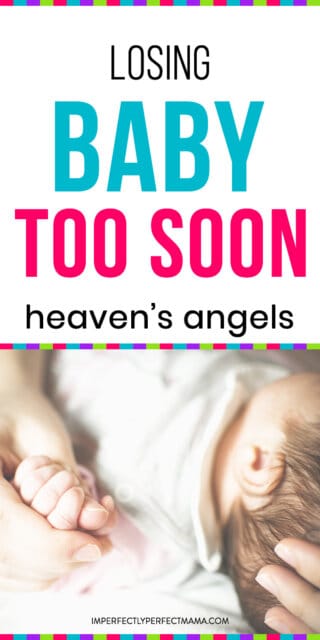 And they say that facing the toughest of times, that it too shall pass.

It’s easy to say how you will react or behave in a situation until it actually happens to you.

In June 2014, I gave birth to my second child, another beautiful baby boy.

I had an amazing pregnancy and fairly easy delivery. He weighed 8lbs 4oz and was a healthy, happy babe.

My angel was named Austin. What a truly remarkable baby he was, and I will go into more detail on this, as I realize that is what everyone says about their baby.

I’m not saying my other kids aren’t special by any means, but Austin was special in a very unique way.

Our older son, Colby, absolutely adored being a big brother.

He was five when Austin was born, and he was always helping me with him and playing or singing to his brother.

I had two amazing kiddos and our family life was fantastic.

We even moved out of our rental home and into a new home, all while I was very pregnant (and in the summer)! Despite all the stress of moving, he couldn’t have come at a better time.

We moved into our new home a few weeks before Austin was born.

My husband ended up losing his job shortly after, we were in despair and worrying about what to do, but we learned later on that it was really a gift from God as it gave my husband several weeks to spend with us and bond with our new son.

My family ended up staying the night at my parents’ home because my husband and father had an early business trip to GA the next day for our family business. October 10, 2014, was unlike any day and something that I deeply hope to never even come close to experiencing again and I hope that no one else has to endure anything like it.

Austin woke early that morning, as usual, I changed and fed him and put him back down for his nap like we did every single day.

Only this day, when I went to wake him after a nap, he didn’t wake up.

My whole body was in shock, I couldn’t breathe. I immediately ran him outside and called 911, I guess subconsciously hoping the fresh air would help him breathe.

It was just us at home, my mom had gone to work, my husband and father in GA and my son Colby was still sleeping. I won’t go into the next details, but it involved CPR and a lot of tears. I called my husband and he and my father headed back home immediately.

At some point in that time I called my mother too and she came straight home.

I waited a few minutes, felt like a lifetime, on the ambulances.

Several ambulances and firemen showed up. I remember while Austin was in the ambulance, a fireman in -particular sat and talked with me and prayed with me.

I will never forget that moment. My mother-in-law drove me to the hospital while my mom took Colby to a family friends’ home.

Austin officially passed away at the hospital a few hours later.

I remember being interviewed while my son was fighting for his life, which I understand is protocol but it didn’t make it any easier. I remember lying on the hospital grounds, completely numb.

And I remember my husband and myself and our parents having to tell him goodbye. The hardest moment of my life, other than finding him unresponsive.

And telling Colby. He was the most upset five-year-old in the entire world. He started hitting and screaming “no, no, no!” It was truly heartbreaking.

The next days were a bit of a blur. My husband and myself and Colby moved in with my parents for the next couple of weeks. I remember being in bed a lot.

And crying a lot. The funeral was one of the worst things I’ve ever had to do. My heart has been ripped out, and it will never completely heal. Seeing your beautiful baby lying so still, that’s a memory that will never fade.

They say that time changes things, and that is true. Time will never make me get over this or forget my son, but time does help me deal with the pain. Now a bit of happiness, I want to revisit what I said about Austin being truly special.

Before he passed away, on different occasions, he plain as day told my husband first, then me, then my father, “I love you.”

My baby was a true gift sent from heaven and now he’s an angel because God wanted him home. Without a doubt, I believe he was sent here for a special reason. He touched so many lives in such a short amount of time.

They say that the good lord and this life will never give you more than you can handle.

And they say that facing the toughest of times, that it too shall pass. I must say I never imagined I could handle something so tragic. But I did.

And so did my family. I thank God for them and bringing us through this every single day.

And I know that all of Heavens Angels are smiling up there, happy as can be. One day we will be with them again, for all eternity. Babies that are gone too soon, it’s a hard thing to swallow. You will never completely heal. But with time it gets a little better, and they are in a better place looking down on us.

My baby knew nothing but love in his short time, and I was shown that from him in return. 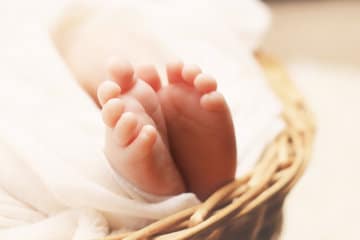 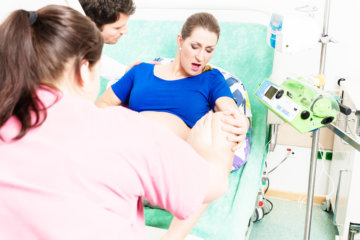 9 of the Best Ways to Prepare for a Natural Birth 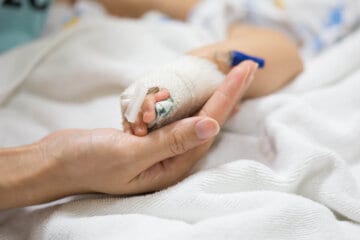 What It Is Like to Almost Lose a Child