I was so happy when I finally got pregnant, even though I was 40-years-old. 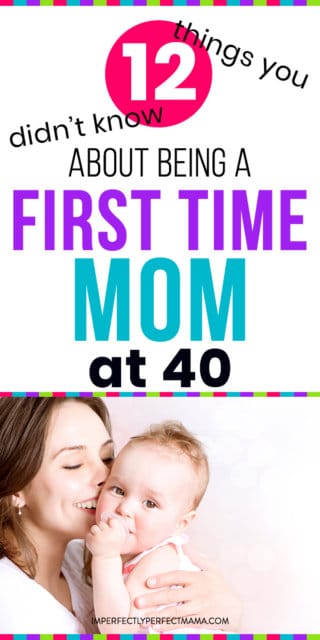 You can read all kinds of articles or blog posts about how risky it is, but I’m sharing my story, the mostly good and a little bad.

Here are twelve things you didn’t know about being a first time mom at 40.

1. It Wasn’t An Accident

I was completely thrilled when I discovered I was pregnant at 40!  I’m not sure I have met another woman who got pregnant at 40 and was instantly happy.

Of course, most of those women already had children that were nearly grown and accidentally got pregnant later in life.

2. I Didn’t Need Reminders Of How Old I Was

I heard the words “high risk” and ‘mature pregnancy” so many times I can’t count. Seriously, I did not need constant reminders that I was old!

At least they never called me “elderly” or “geriatric.”

3. My Pregnancy Was High Risk

I had to drive 3 hours to my doctor appointments because I was high risk. Ok, that is not normal for most people, but I live in rural Oklahoma, the closest hospital with a maternity ward was 30 minutes away, but they had no high-risk OBs.

Towards the end, I worked 10 hour days, so I could make all of my appointments and get my 40 hours in each week.

4. It Was An Easy Pregnancy (Which Was Unexpected)

I actually had a very easy pregnancy with no issues and had a very healthy baby – which my doctors did not expect (I also have an autoimmune disease, which virtually disappeared during my pregnancy).

I was determined to be strong and prove everyone wrong about being too old to have a baby. I worked right up until 3 days before I had my baby and most of that was the weekend.

I loved every minute of being pregnant, after the first trimester.

That was the most exhausting part for me! Plus I didn’t even I know I was pregnant until the first trimester was almost over.

I was diagnosed with Rheumatoid Arthritis when I was 21-years-old. My arthritis pain and swelling almost completely disappeared halfway through my 2nd trimester.

This is because my pregnancy suppressed my immune system, which in turn relieved my pain for my arthritis. Rheumatoid Arthritis is caused by an overactive immune system. When it is suppressed (by pregnancy or medication), you experience fewer symptoms.

6. My Husband Was Supportive

I have a very supportive husband.  I’m very lucky to have him. He loves babies and already had experience being a dad, so he was great when she was a baby and I was still a little nervous with her.

7. I Had a Natural Birth

I had my baby naturally. There were plans to induce me, but I went into labor on my own and had her naturally after exactly 12 hours of labor.  Amazing.

8. My Postpartum Recovery Was Rough 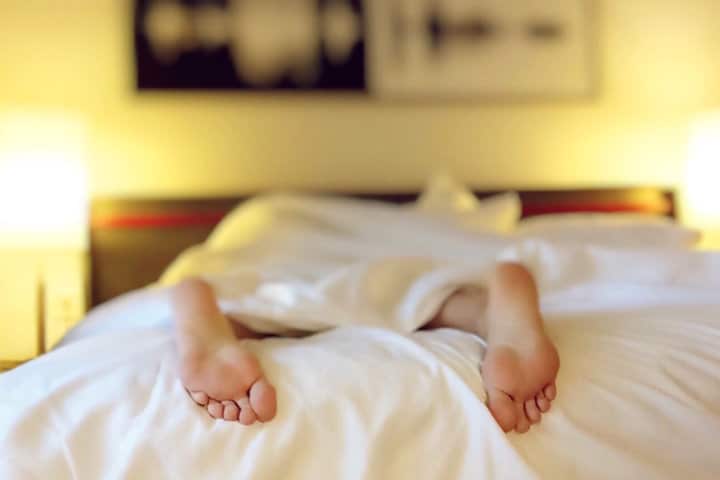 I had a rough postpartum.

After I had my daughter, my age must have caught up with me, because I had a rough time.

In the hospital, I passed out on the toilet, and when I woke up there were 4 nurses surrounding me.

I could hear them calling my name, but could not open my eyes at first. I thought, “Wow I finally have my baby and I’m dying.”  Luckily it wasn’t that bad, and I was mostly good after that.

I also could not pee on my own and had to stay in the hospital one extra night until I could urinate without a catheter.  A week after I left I got a terrible infection and had to get several Rocephin shots to clear it up.

Even through all of that, I was healthy and strong enough to take care of my baby.

I do know that if life had made it possible, I would much rather have started in my early 30s. But life has a funny way of working things out, and 40 was where my life lead me to be a first-time mom.

Celebrities make it cool to be a first-time mom at 40 or older. That may be true for some people, but where I live it’s not that cool.
Maybe amazing is more like it.

11. This Pregnancy Meant Everything to Me

I appreciate every little thing!  I had honestly got to the point I thought I would never have a baby, so every single thing about it was meaningful.

Most of my pregnancy either thrilled or freaked me out! The first time she moved was weird, but awesome at the same time. I was astonished by every single thing she did as an infant but was also terrified of doing something wrong.

I’m still impressed that I made a perfect amazing little girl.

I don’t feel my age. I know that I’m older than most mom’s in my daughter’s Pre-K class and sometimes it feels obvious.

I just try to keep positive, and not look at it as I’m old enough to be the other mommy’s mommy.

Kids really keep you young, but at the same time give you grey hair.

Did you face a mom stigma when you were pregnant?  Share it with us. 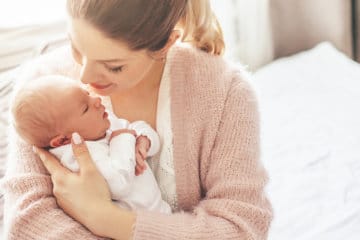 How New Moms Can Survive the First Month Postpartum 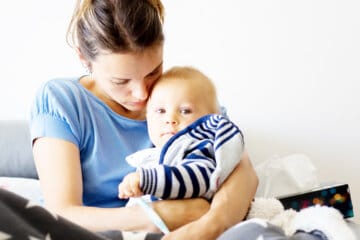 Is It Practically Impossible for You to Suffer from Postpartum Depression? 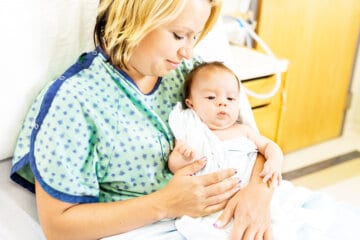 How to Speed Up Postpartum Healing After Vaginal Birth

I love this. I’m 42 and surprised by a 1st time pregnancy, completely unexpected and didn’t realize it until 10 weeks. Thank you for sharing your story, it makes me so happy for you and hopeful for me.Reply to Denise

I’m 40. Planning on one more. Very afraid because of all the stigma around it but courageous enough to go through it and try. Thank you for sharing. Thank you to the commenters sharing as well. You give me hope.Reply to AK

Congratulations! I’m happy for you as well. Best of luck in your pregnancy.Reply to Karla

Thank you for sharing this! I’ve just found out I’m pregnant with my first naturally at 41. Baby will arrive shortly after my 42nd birthday. I’m tired of reading all the scary statistics! I needed some light and you were it!Reply to HC

You are so welcome! I know exactly how you feel.Reply to Karla

Beautiful. Thankyou for sharing it was very encouraging and positive.Reply to PC

You’re welcome! Thanks for your commentReply to Karla

Well… I am 39 and I am planning on having our first child next year at 40 “on purpose” (I like that). I wanted to start reading up on what I am going to try to get myself into and this is the first article I read. I am already hearing words such as high risk pregnancy, geriatric pregnancy, and are you sure you want to do this? I am already thinking … I get it and knowing the risks is important, but it would be awesome to have people approach me with positivity rather that negativity. I just wanted to say thank you for writing this article and it’s really refreshing to know I am not alone and that women are having success.Reply to Elisia

You’re welcome. Thank you so much for reading my story. I wish you great success with your new baby!Reply to Karla

Hello, I’m pregnant and also 40! Altho it’s not my first, i do have 2 older teenagers…I enjoyed reading your article and appreciated how you shared having kids keeps you young and imagining myself the oldest in the pre-k classroom! I too got pregnant on purpose at 40, and want to say it’s so awesome your immune disease was healed during pregnancy, what a miracle!Reply to Laura

Thank you for reading my story! It’s so refreshing to hear about other mom’s who planned their babies at 40.Reply to Karla

You are so welcome! I really hope to reach people like you. Blessings with your new baby.Reply to Karla